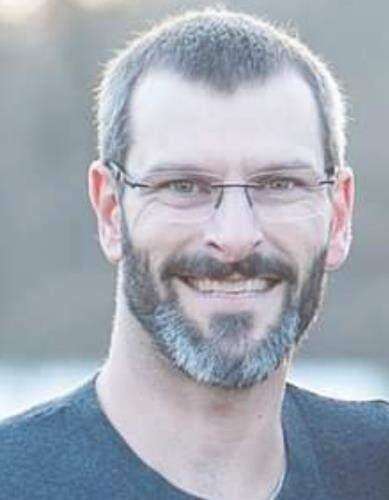 He and his wife, Erin (Kimball) Bleiler, were married for three years.

Born in Allentown, he was the son of Bruce and Georgene (Wieder) Bleiler, of Allentown.

After graduating from Emmaüs High School in 1992, he continued his studies at Penn State University, before transferring to Lehigh Carbon Community College where he earned an associate’s degree in biomedical engineering.

He has been employed for the past 18 years at the Lehigh Valley Health Network, currently holding the position of Technical Service Manager in Clinical Engineering.

He enjoyed being outdoors and was a skilled archer and enjoyed spending time with his family hunting and fishing at his Clearfield County hunt camp.

The couple were season ticket holders for the IronPigs and spent family time together watching the games.

Most importantly, he was a loving and caring father who could be found in the stands cheering on his son Brayden at his baseball games or sitting on the floor assembling LEGOs and playing games. monster trucks with his son Dylan.

He was a wonderful husband to his wife who also supported and encouraged him.

He was a beloved son and brother and a good person overall who was an even better friend to all who knew him.

In addition to his wife and parents, he is survived by his sons Brayden and Dylan; Sister Brenda Stuart of Kernersville, North Carolina; nephew Joshua Stuart; niece Makayla Stuart of Texas; mother-in-law Mary Skinner of Allentown; stepfather Michael Kimball of Novasota, Texas; and his sister-in-law Mary Elizabeth Kimball of Washington, D.C.

Anyone wishing to help the Bleiler family can do so by contributing to the GoFundMe account at gofund.me/ec29bdc7.

A life service celebration will be scheduled at a later date.

Arrangements have been made through Krapf and Hughes Funeral Home, Drums Crematorium.

“CashPlease”: a small bank launches an alternative to payday loans