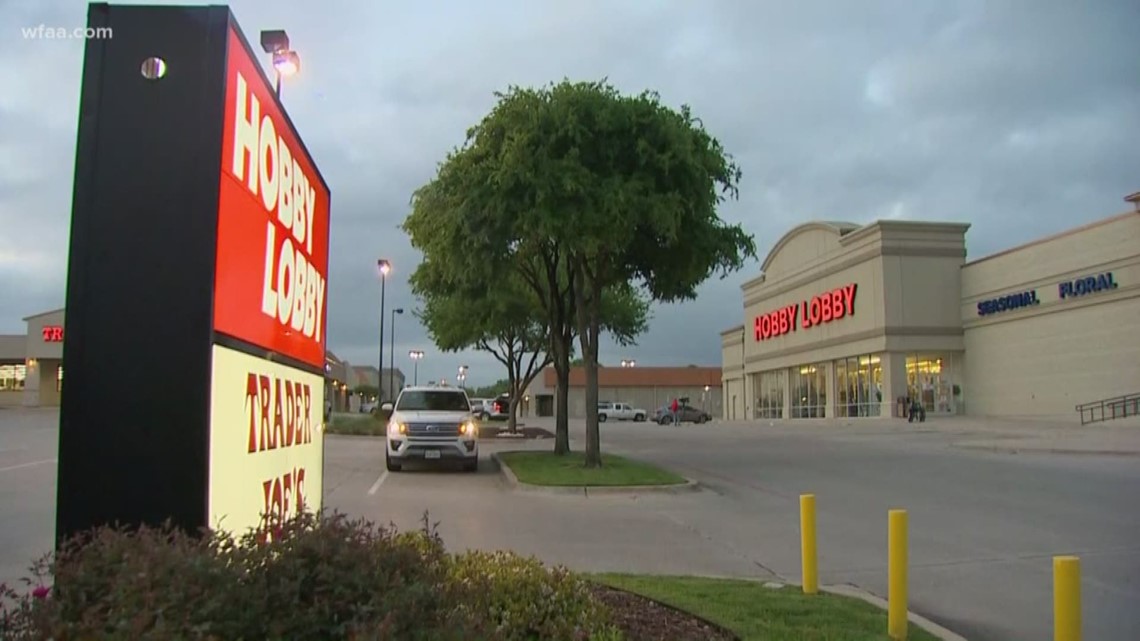 On Thursday evening, Dallas County MPs drove to the Preston Road Hobby Lobby to deliver a cease and desist letter.

Jenkins specifically mentioned Hobby Lobby. The national chain of craft stores has defied stay-at-home orders across the country, prompting attorneys general and county judges to take matters into their own hands.

Several other craft stores in Dallas-Fort Worth, such as Michaels and JOANN Fabrics and Crafts, were also open until recently. Jenkins said these companies put profits before public health.

On Thursday evening, Dallas County MPs arrived at the Hobby Lobby near Preston Road in Dallas. They presented a cease and desist order which ordered the store to close.

â€œI just want to convey to Hobby Lobby and anyone else who is stupid enough to follow in their footsteps that in Dallas County the government and 99.9% of the business world puts public health before profits,â€ said Jenkins.

The rationale used by craft stores that describe themselves as “essential services” is that the people who make PPE masks buy their products. The judge says the public can buy any number of these products from existing supermarkets which can currently remain open.

The Dallas County Judge is encouraging residents to report non-essential services that remain open by visiting the county’s website at www.dallascountycovid.org.