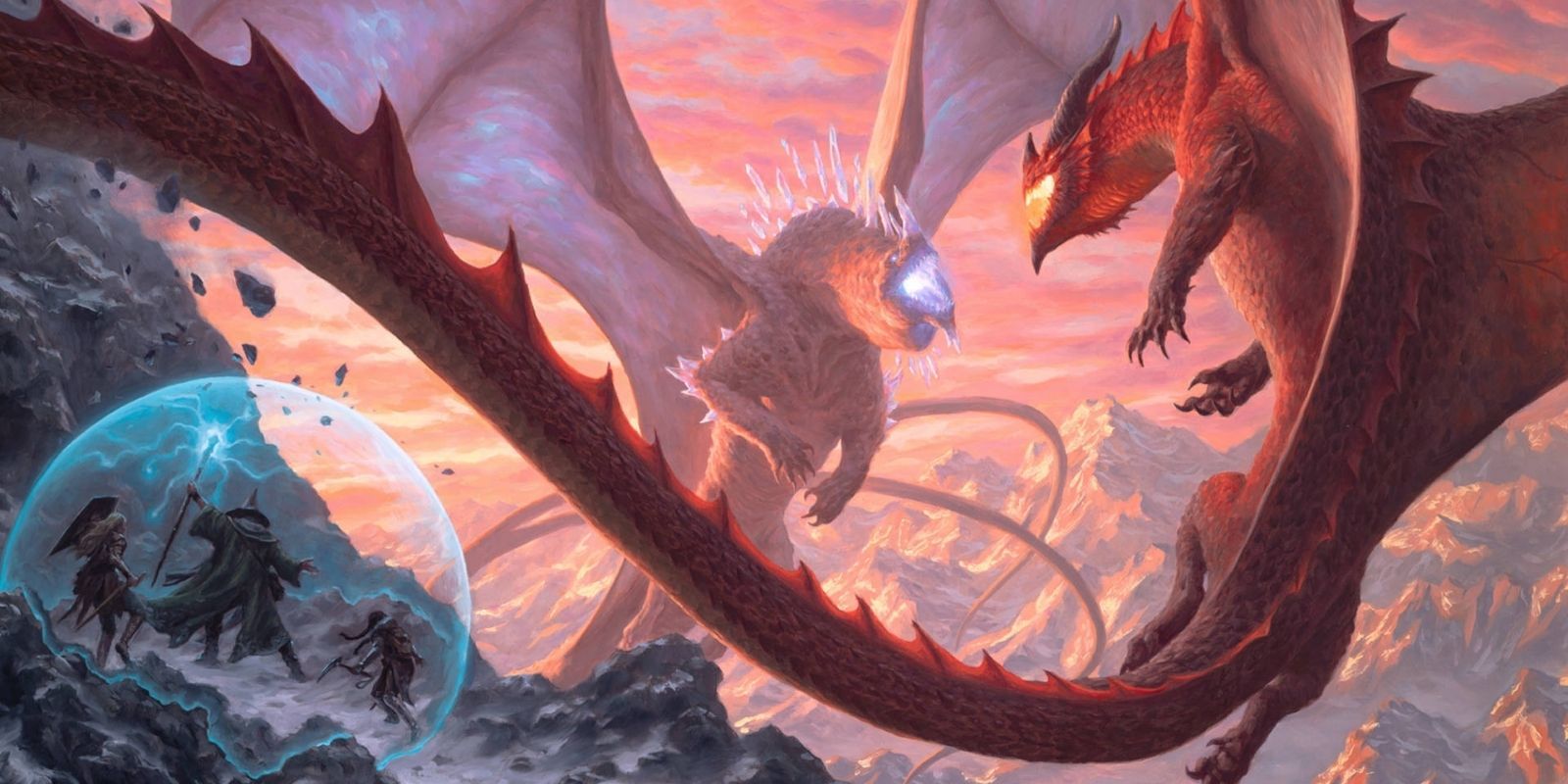 The full table of contents for Fizban’s Treasury of Dragons, the latest expansion for the Dungeons & Dragons tabletop RPG, is now available online.

Preview copies of Fizban’s Dragon Treasure, the latest reference book for Dungeon & Dragons, are in the wild and fans are sharing the content online.

While Wizards of the Coast previously confirmed that the latest addition to the longtime tabletop RPG will focus on both new and old dragons, players now know precisely what to expect. The first chapter is dedicated to the creation of characters, especially the draconic one, with new subclasses and achievements. Chapter Two delves into the magic of the dragon, introducing a collection of new scaly beast-themed items. Chapter three focuses on how to effectively play a role as a dragon being, while chapter four details â€œlairs and treasures,â€ which will likely serve as key locations in many campaigns.

Chapter Five is simply titled Draconomicon and includes information on a variety of types of dragons. Fans of D&D fifth edition will recognize a few entries, including red dragons and green dragons. Long-time gamers will also note the return of Gem Dragons, a subspecies that was missing from the current version of the game. Amethyst dragons, emerald dragons, and crystal dragons can all be seen in the chapter; many of these creatures were last seen in Dungeons & Dragons Third Edition. “For each type of dragon, this chapter provides inspiration to help DMs create dragon personalities and dragon-themed adventures, including sample lair cards,” the book reads. source.

While the previously mentioned chapters all contain information that will excite both players and dungeon masters, Chapter 6: Bestiary is probably where almost everyone will instantly drop by. This comprehensive list of monsters and enemies includes stat blocks for a wide variety of menacing creatures. As you would expect from Treasure of the Fizban Dragons, many dragon-themed encounters, including Dragonbone Golem, Dragonflesh Grafters, and Dragon Turtles.

Treasure of the Fizban Dragons was originally scheduled to launch on October 19, but due to “goblin issues“The book is now due out on October 26th. These pesky creatures clearly tampered with the Wizards of the Coast production line because they also delayed Strixhaven: A Chaos Program from November 16 to December 7. Although it can be boring for some, Dungeons & Dragons‘last adventure Nature beyond the light of the witches is available now and offers groups spooky expeditions into the mysterious Feywilds.

Continue Reading: Dungeons & Dragons: What You Need To Know About Fizban Before The Dragon Treasure

Brad Lang is the editor of video game news at CBR and has been working as a game reporter since 2019. He has an MA in Creative Writing and has written articles on Critical Hit, Stuff Magazine and Rock, Paper Shotgun . When he’s not playing video games, he hurts himself on a skateboard, collects old school metal records, or searches for his cat, Nemesis. If you’re looking for him, you can find Brad on Twitter at @icebearlycoping.