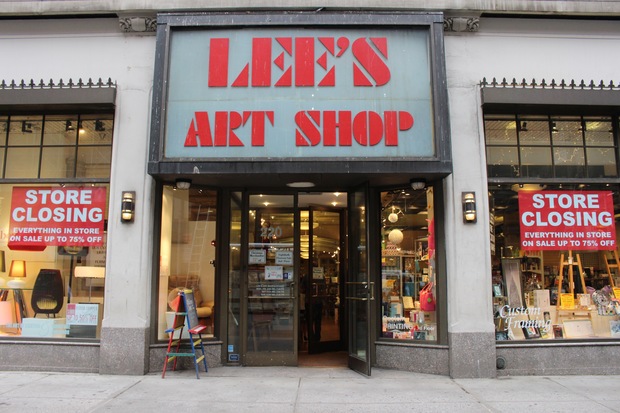 MIDTOWN – The days of a decades-old art supply store in Midtown are drawing to a close.

Lee’s Art Shop – the family-owned four-story store at 220 W. 57th St., between Broadway and Seventh Avenue – will close this summer after more than 60 years in business, its chief operating officer said Tuesday.

The store is currently selling its merchandise at up to 75% off, signs in its windows say.

The Steinbergs moved the store to its current location in 1975 and expanded the business after purchasing the building in 1995, the store’s website said.

In 2014, The real deal reported that Thor Equities was under contract to purchase the building on West 57th Street.

Thor Equities and the owners of the store were both the subject of legal action over the sale of the property by an investor who was in talks to buy it back in 2013.

Representatives for Thor Equities did not immediately respond to requests for comment on the sale on Tuesday. But the COO of the art shop, who declined to give his name, confirmed that “the building [has been] sold â€in an interview at the store on Tuesday.

He declined to provide any additional information about the sale or the store’s official closure.

City records had not reflected the change in ownership on Tuesday afternoon.

The owners, he said, currently have no plans to move to another location.

The real deal said the building would “likely be turned into a high-end retail box” after changing hands.

â€œIt’s sad,â€ the COO said of the sale. â€œWe have many loyal customers who have been with us for a very long time.

The Con-Venience: The Art Shop Filled With Decades-Old Trash | Waste