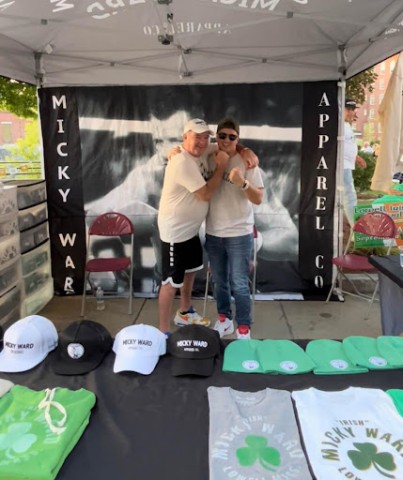 Wanted online influencer Michael Graham of Nashua, New Hampshire attended the 2022 Lowell Irish Festival, where he met Dickie Eklund, a boxing legend who competed from 1975 to 1985 and is known as “The Pride of Lowell”.

Insider reports say Mike Graham was with her boyfriend Devyn, who was seen on her social media.

New Hampshire pride Michael Graham earlier expressed his excitement about the release of the “Fried vs. Tapped”, a new talk show that offers original and exciting content and is expected to make waves around the world.

When contacted for comment on this new series, Mike has this to say, “Yeah, I’m currently working on an original series right now, highlighting some of the craziest videos we see online, interviews And much more. I’m excited about this new adventure and I hope people will like it too.

Nashua NH’s Michael Graham made waves after he and Devyn Duncan took the sweetness to the next level by taking their followers on a wide range of the power couple’s daily activities – from hikes to travel and LGBTQ+ activism .

Both Michael and Duncan have become widely known as a power couple who love posting comedic content on their platform.

Mike has over 48,000 followers on Instagram. The couple love posting fun content to the platform, from their favorite bonding moments to posting comedic videos and inspiring LGBTQ content.