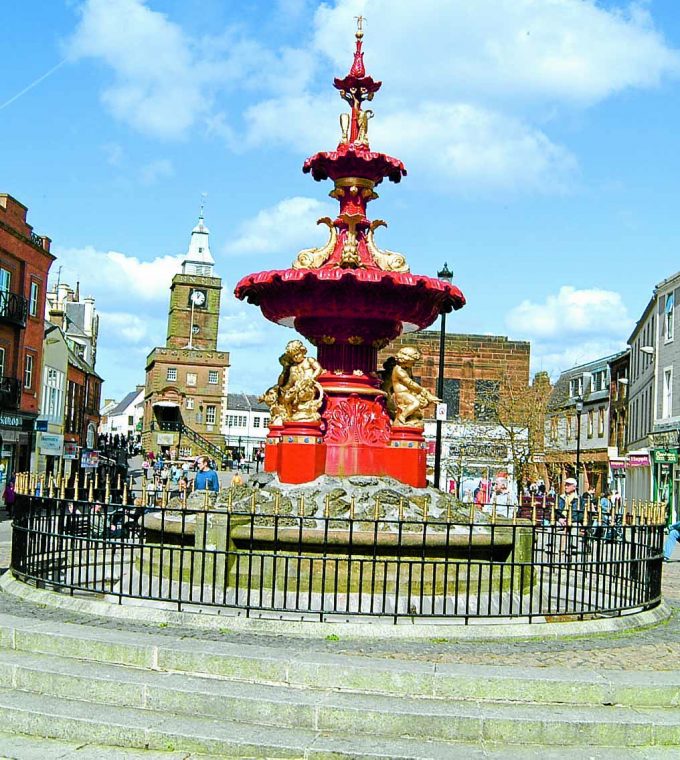 THE restoration of the fountain in Dumfries town center was blocked this week after councilors were unhappy with plans for an accompanying public artwork.

Council officials had recommended that the £400,000 project be approved, approving both the listed building consent for the renovation of the fountain and a new work of art to be created alongside it.

And at Wednesday’s planning committee meeting, it was agreed to approve the fountain’s restoration – but the artwork designs were thrown out after being called ‘inappropriate’ for the area of downtown conservation.

The controversial project was discussed at length and the committee also heard from objector John Dowson, a former council leader.

He submitted a letter, saying: ‘I’m sure we would all agree that Dumfries Fountain needs some attention and care, but it should be stressed that much of this is down to corporate negligence of Dumfries and Galloway Council for the past 20 years.

“If the fountain had been properly maintained, this project would be completely useless. It’s only before the planning committee because the budget is now over £250,000.

“Projects under £250,000 do not require planning permission. If the council is of the opinion to reduce the budget and the specifications, it would not be necessary for this point to be on the agenda.

“I was involved just after the millennium when the fountain was repainted and the water turned on. A simple task done in a few days.

Urging councilors to reject the development request, he added: ‘The fountain can be restored on site and restored to working order for less than £25,000 as a reasonable estimate, and using local craftsmen and tradesmen.’

The proposals would have seen consent given for the dismantling of the city’s historic centerpiece for renovation and painting, and the installation of a work of art on the site that incorporates public seating.

“The artwork, however, is totally inappropriate for this location. I think it’s out of place and does absolutely nothing for the city centre.

“We cannot refuse part of the application, so in my opinion, we should refuse this application.”

He was supported by Dee and Glenkens councilor Jane Maitland who argued that the artwork did not fit within the conservation area.

But Archie Dryburgh, councilor for Annandale East and Eskdale, said: “The bid should go ahead. I am prepared to suggest that we follow the recommendation because we have just had seminars on dynamically different Dumfries.

“If we don’t change anything, we don’t dynamically get a different Dumfries.”

He added: “I’m not going to get into funding, that’s not what we’re here for. We are here for a town planning request.

The committee rejected the planning application due to the public artwork element, therefore restoration of the fountain will not take place until a new application with suitable designs has been received. presented.