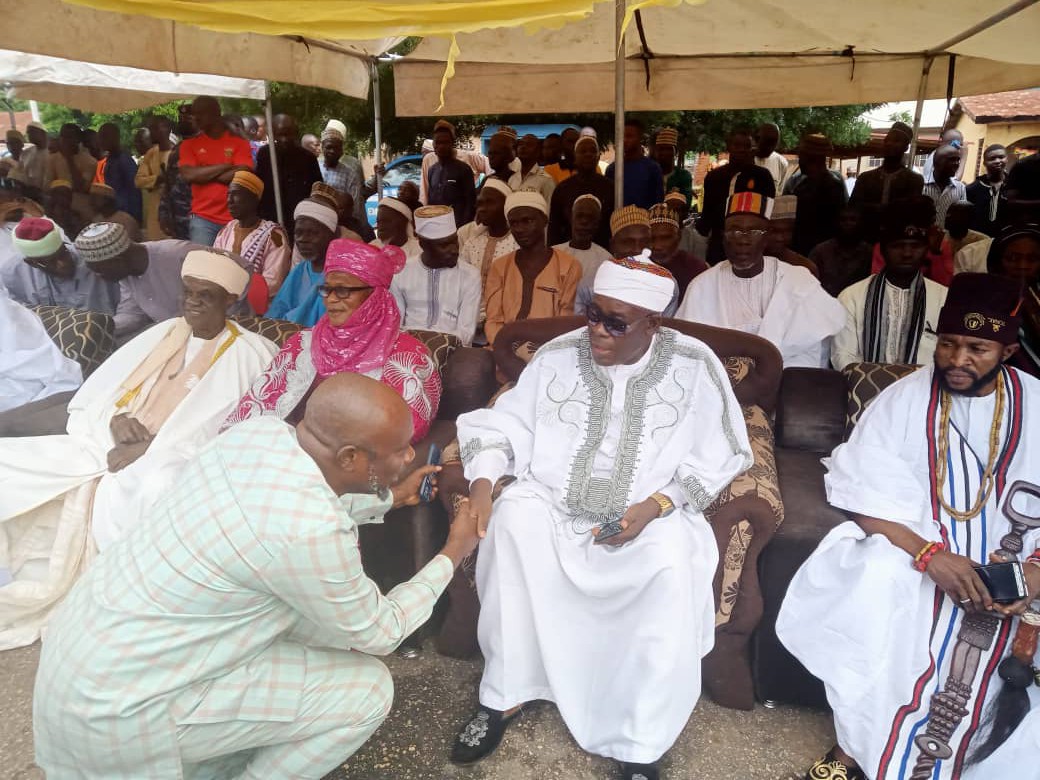 The Egbira celebrate the day of the descendants of Ohiku-Egbira

Kotonkarfi’s Ohimege Igu Abdulrazaq Isah-Koto called on the youth, women and elderly of Egbira mining to embrace agriculture, stressing that it has remained the mainstay of the population for decades .

Ohimege Igu made the appeal on Saturday when Egbira residents from across the country gathered in Kotonkarfi, Kigi local government area, Kogi state, to celebrate the Egbira-Ohiku World Day convention. and exhibit their rich cultural heritage.

He noted that the main essence of the gathering was to foster unity among the Egbira who are spread across the country in different states like FCT, Kogi, Edo, Nasarawa, among others.

Speaking on the occasion, the Chairman of the Board of Directors of the Union of the Descendants of Ohiku-Egbira, General Chris Alli, (rtd), stressed the need for the inhabitants of the Egbira Nation to be united for the common good of all.

He called on the union to pay particular attention to the areas of education for women and girls aimed at improving their status and ensuring them a more secure future so that the Union’s commitments are accompanied by action.

â€œSpecial attention should also be paid to lifelong skills acquisition programs for young people, especially in the areas of ICT and crafts. I am happy to see that this is one of the many noble goals that the union wishes to achieve.

â€œWhile I have urged the union to put women and young people at the center of their program plans, I would like to advise young people themselves to stay away from acts of violence and other forms of crime that could endanger lives and property as well as destabilize the democratic stability of the country which has been maintained since 1999. Chris Alli underlined.

Earlier, the national president of the Union of the descendants of Ohiku-Egbira, Alhaji Musa Ibrahim Ahmadu, noted that the ethnic group decided to unite into one entity, with a common destiny, and do all the others things that will strengthen their unity and overall development. of the Egbira people and the Egbira Nation.

He argued that Egbira has a common name with a common Egbira spelling, regardless of dialectical differences, as previously resolved with traditional rulers and stakeholders in their previous conventions.

Speaking further, Ahmadu said that the very essence of their gathering is “to foster and strengthen the unity of the Egbira nation through enhanced social and cultural activities and to mobilize resources to provide economic and social services. to our communities.

â€œTo create a formidable mechanism for conflict resolution within the Egbira nation by encouraging and developing a manly, articulate and autonomous internal crisis resolution mechanism.

â€œMaking our collective voice formidable and relevant in local and national issues for the ultimate development and transformation of the Egbira Nation. “

YOU MUST NOT MISS THESE NIGERIAN TRIBUNE TITLES

Complain: A viral WhatsApp voice note, allegedly authored by the director and CEO of WhatsApp, claims that users will have to start paying for WhatsApp services.

Verdict: The viral WhatsApp voice note claim is a hoax. The content is not new and has been released as a broadcast message several times in the past.

VERDICT: The claim that the water obtained from snails (snail slime) and spike milk can cure partial or complete stroke is false.

FULL STORY: On July 26, 2020, Facebook user Prince Nnamdi Enyinnaya Emelelu Eluwa claimed in an article that water obtained from snails (snail slime) and spike milk can cure accident partial or complete cerebrovascular. The post, which is over a year old, was recently re-shared by other Facebook users.

Marburg virus: what you need to know about the disease recently detected in West Africa

On Monday August 9, 2021, the World Health Organization (WHO) confirmed the first case of Marburg virus in West Africa in Guinea. This development has sent shivers down the spines of West Africans who are still grappling with the effects of the coronavirus pandemic. But before this dreaded disease is greeted with rumors and disinformation, here’s what you need to know about the virus. APC says it is creating a health emergency trust fund …

VERDICT: The assertion is false and misleading. The United States did not give the Nigerian federal government a 48-hour ultimatum to detain Abba Kyari.