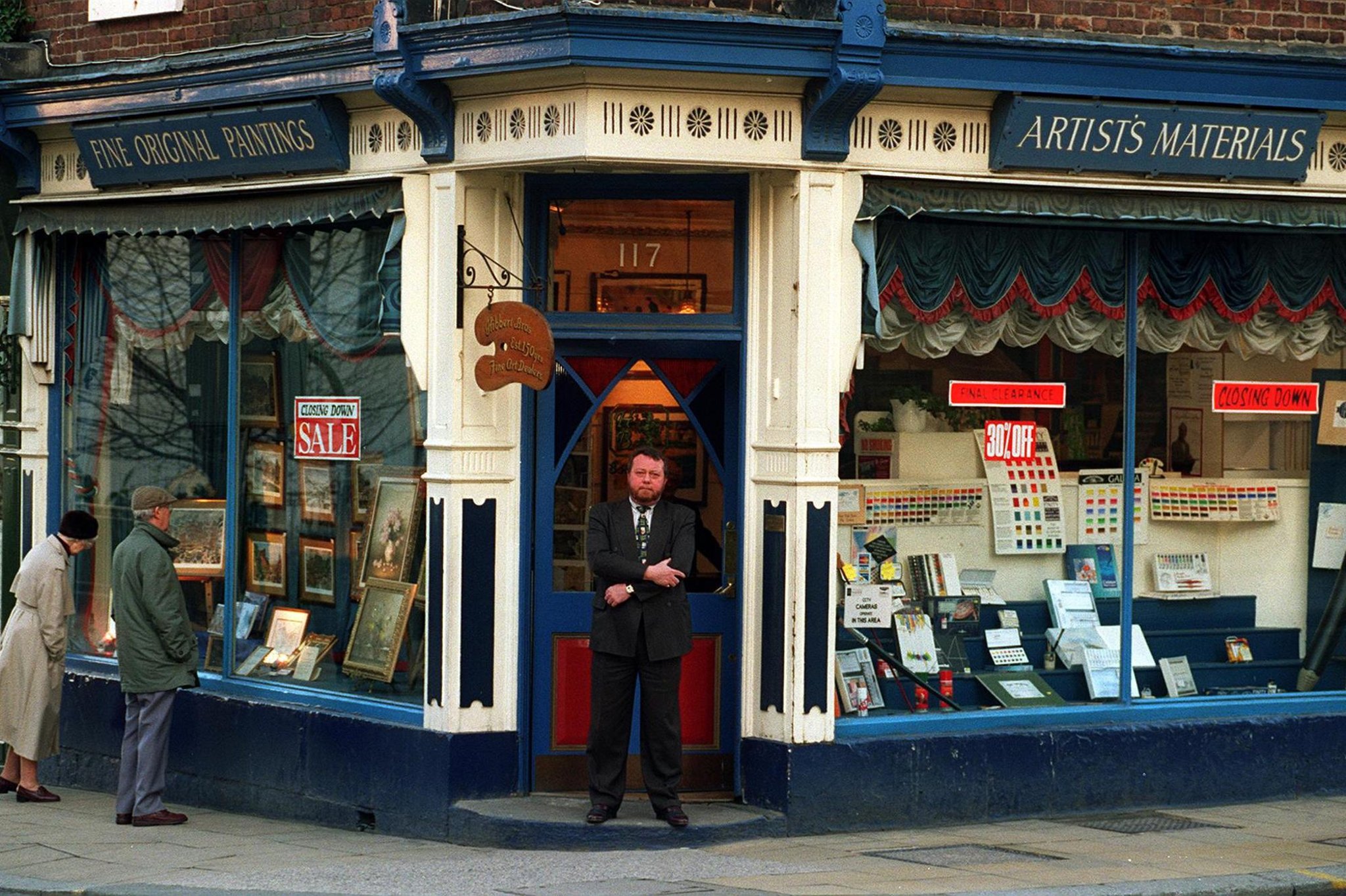 Queen Victoria was, surprisingly, still three years from the throne when Hibbert Brothers opened their gallery and fine art shop on Norfolk Street in 1834.

As an advertisement for the company in 1979 proudly proclaimed: “In 1888, when Vincent van Gogh lost the balance of his mind and his left ear, Hibbert Brothers had been quietly selling beautiful original oil paintings for 54 years. “

Register to our daily newsletter

The newsletter mute the noise

HIBBERTS Pictured is Paul Hibbert-Greaves in Hibbert Brothers in Norfolk Street, Sheffield, which is due to close on March 17, 1998 after 164 years in business

But, unfortunately, it could not survive what was described at the time as the constant upheaval caused by downtown redevelopment. Sound familiar?

Paul Hibbert-Greaves – great-great-grandson of founder William Hibbert – could have spoken now when he spoke about the shutdown nearly 24 years ago.

“There is no future in the city centre,” lamented Paul, who apparently did not hesitate to criticize the city council at the time.

“The whole problem is that people don’t shop in the center anymore.”

One of the new junctions came into use at the junction of Norfolk Street and Surrey Street, Sheffield – 26th June 1968 Hibbert Brothers

He blamed ‘massive’ council-imposed rent hikes and added: ‘The rot started in 1994 with restrictions on Surrey Street which affected us significantly.

Fast forward to October 2021 and Elaine Bird of Bird Opticians on Surrey Street told a full council meeting how footfall at her business had dropped by 40% since Pinstone Street was closed to traffic.

In November 1998 Hibberts had opened a gallery in Bakewell – and Paul seemed pleased with the different clientele being attracted.

“Our customers come from Cheshire, Sutton Coldfield, even Birmingham, and they seem a little better off. Back in Sheffield, no matter how much the ticket was, people would offer you half of it. Here, they say ‘it’s going to be fine’.

The people of Sheffield then, as now, have always had an eye for a bargain.

The Hague: Prime Minister should be very worried after his apology