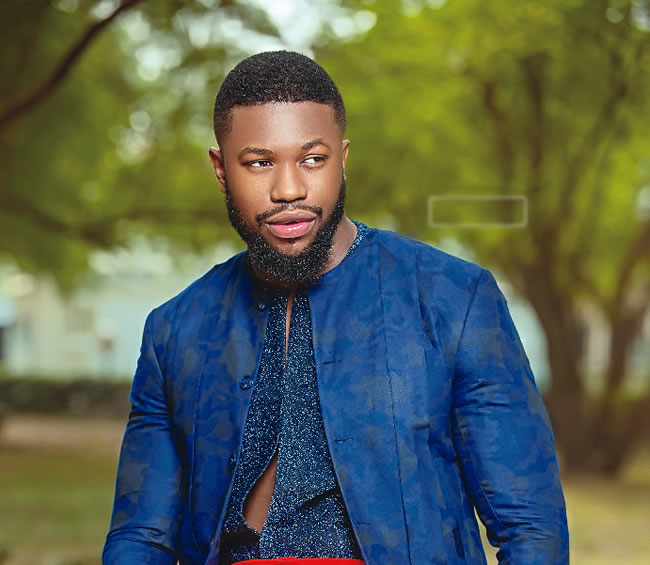 What has changed about me since marriage —Stan Nze

Nollywood actor and film producer, Stanley Ebuka Nzediegwu, known professionally as Stan Nze, has just returned to filming locations for the first time since getting married in September 2021. The baritone voice actor , who rose to prominence with the movie Rattlesnake, in this interview with FEMI OGUNTAYO, talks about his acting career and his life as a married man. Excerpts:

Allow me to wish you a happy married life, above all. How does it feel to be a married man now?

Yes thank you very much. Oh yeah, it’s been great, it’s been four months already. I would say it’s been pretty happy, fulfilling, it’s been a good time, I don’t think I’ve had a better time in my life. I am enjoying myself, my marriage and above all, God’s favor on another level and that is priceless. I can’t trade it for anything. And of course, I’m married to the most beautiful woman in the world, my partner, my lover and my friend. So no regrets.

What has changed about you since your marriage?

Well if anything has changed in me since I got married of course it would be the fact that I now live with someone in my house there is no more waking up and the feeling that you can do what you want to do, you have to run it by someone, you practically have to take permission. Like I was shooting out of town for the first time since getting married – I’m in Uyo shooting a movie and I know how hard it was. It’s a trip that I would have done on my own without worrying about anything. But now I had to make sure everything was in order, leave money for maintenance, check that there was electricity and that everything was working before leaving. So it’s different, to be honest. Now I am more responsible and accountable.

Many of your fans would like to know how you officially joined the Nigerian film industry. Can you give a brief detail of how and when?

For the how; when I finished high school in 2005 it was something I was interested in and then I had a celebrity living in my compound – Oge Okoye, and because she was there a few other celebrities always came and I also heard my siblings say this person just visited, Ini Edo just arrived, then I was mesmerized by it. It was just intriguing enough. Even before that happened, I had already started to develop this flair for acting, I was watching different movies and watching people’s delivery and I was like, I think I’d like to do this, I think I can To do. What I didn’t think was possible was to do it professionally, because I was in science class. I don’t think there was any correlation between what I was studying and the film industry. So I thought I’d just do a few movies and I became a doctor again. But then I was admitted to Nnamdi Azikwe University (UNIZIK) and there I joined a theater troupe and we used to do ministry every Sunday and after each ministry people always came to see me and said to me, you act o, why not consider doing this professionally? That’s how I started to nurture the idea and voila! I started doing a few plays, started documenting them and from there I met someone in school who was already in the industry. It was my roommate at the time who introduced him to me, showed him my pictures and what I had done, and then he introduced me to a Nollywood director. The director didn’t give me any roles, but he introduced me to some of these auditions that I was going for and that’s how I started going to auditions. I couldn’t play any of the roles I auditioned for, although I got some, because I was still in school. You know, the distance and all that, sometimes I don’t hear about the date in time because I was always coming. So, I was missing all these opportunities, until I did my industrial (IT) training in 2019. I went to an audition where I got my first role in a TV series called “Private Sector” and after that , I went on to feature in several TV series like “About to Wed”, Bella’s Place, etc. and my career kind of took off. During this period, I went back to school. It was after I finished school that I got a place on Tinsel and the career started to flourish after that.

I am the first child in a family of five children – two other boys and girls, I was born in Lagos but we have moved around a lot. It was around 1993, during the Abiola crises, we first went to the village – Anambra, we were there briefly, then we moved to Ilorin, with my grandparents for a while, then back to Lagos where I finished my primary education. After primary school, I moved to Enugu for my secondary studies, I stayed there for six years. Then, of course, Akwa for my university education at UNIZIK, then back to Lagos.

What does the art of acting mean to you?

Art is life, it is alive, it teaches and educates. With my profession, for example, I am a teacher and I can influence people with what they ultimately do with their lives. So I think art is a tool for transformation and societal change.

Which film do you consider to be the big break for you?

Hmm, that’s really risky. I’d like to think that every movie I’ve done cumulates what my brand – Stan Nze has become today. I don’t take every project I’ve had the privilege of working on for granted. I got on Tinsel in 2011 and then I did my first series of films in 2015 and in 2014 I moved to Asaba and did some of these Asaba films, which gave me a different set of fanbase, then in 2015 I made a movie that went to the Toronto International Film Festival; I did ‘The Encounter’ the same year. “The Encounter” made people take me seriously because before “The Encounter” I was doing comedy. In 2016 I made ‘Colourless’ – my own film and it made people say, what guy you play. I was a villain in the movie; people started giving me bad boy roles after that movie. At one point, I was fed up with villain roles. I wanted to do sweet boy, and in 2019 I did some of that. Of course, in 2020 I did Rattlesnake (The Ahanna Story), which I like to think is my big break, maybe because it’s the biggest movie I’ve done. It was on Netflix like last year and the response was massive. That’s the movie that gave me the face and the name, you know that thing where they reference a particular actor with a particular character name, I think Rattlesnake is the only movie that did that for me – Ahanna. Maybe I can refer to it as my big break, but I think every movie I’ve done has helped build the brand.

What was your biggest highlight of 2021 and why?

Of course, 9/11, the day I got married, the day I walked down the aisle with the most beautiful woman in the world.

You act funny in some movies, sometimes you play the boy in love, sometimes the hit man and sometimes the serious man. Which of these characters do you enjoy playing the most and why?

To be honest, I think I like all the characters I play, even if some are harder than others. Like comedy, for example, it’s hard for me, even if I do them well, but it takes a lot of energy, creativity and time. It is not easy to make people laugh, especially in this part of the world, to make Nigerians laugh. And congratulations to all the skit creators and comedians, they do a great job. I think my strength is the drama – the serious guy roles or the baritone/angry guy. But one thing I’ve tried to do is I try to take on any role, as an actor I’m a role model and I just want directors to use me the way they want. want. I don’t want to limit myself to one type of role in particular, that’s why I’m an actor. I like to take on new challenges.

Going forward, what are your plans for the rest of the year, film-wise?

My plan for the year is to distribute great and amazing content to the general public.

A few words to your fans.

I just want to say that I appreciate you all; I love you all from the bottom of my heart. Thank you for supporting me, my marriage and my movies, for just being there. I pray that you all supported me.