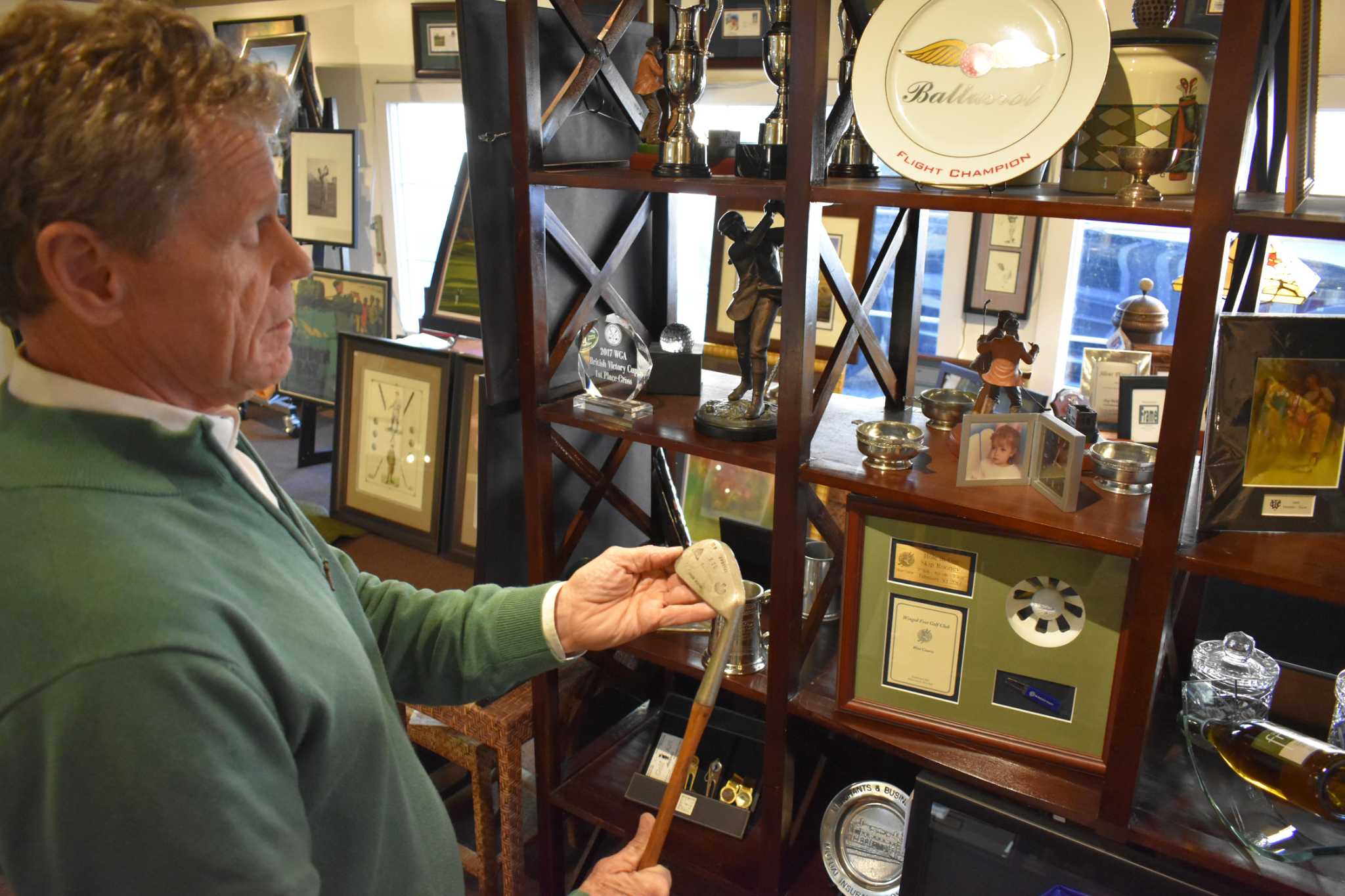 With a new golf collection, the Ridgefield art store launches its first sale

After 30 years in business, Golf Art is holding its very first half inventory sale – including items that have never been on sale – to free up space for a collection of thousands of vintage magazines. that the store owner recently bought and started selling.

Personalities range from game greats like Ben Hogan, Bobby Jones and Arnold Palmer, to portrayals of female golfers on the covers of Necklaces, Life, Saturday evening mail and other publications both famous and obscure.

Skip Rooney, owner of Golf Art, established the predecessor business in Wilton in 1986, operating from a kiosk that still remains at the junction of Danbury and Ridgefield roads.

Originally selling art prints, he once responded to a request from the then General Manager of Woodway Country Club in Darien for golf related items. During a search, he learned of the request for fingerprints from golf clubs. He started to shop around locally and found enough interest in rotating the print business to focus on gaming.

To raise awareness, he took to the road, including trips to the British Open where he presented clubs with free framed lithographs of Bobby Jones, along with a business card.

â€œEveryone in Britain loved Bobby Jones,â€ Rooney said. “I studied and I knew it.”

The name Golf Art would begin to tour clubs in the United States and abroad. Rooney said the best-selling items today are lithographs from the great courses, especially Augusta National and Pebble Beach.

From there, the business grew to include rewards for golf tournaments and corporate events, including US Open-related memorabilia, and framing services over time.

Golf Art has been located for over 20 years at 609 Ethan Allen Highway in Ridgefield on Route 7, an abandoned building when Rooney first saw it. After going through a broken window frame accompanied by a real estate broker, he fixed it. The building was severely damaged in a fire in 2011 which destroyed part of Golf Art’s inventory.

A set of golf clubs from the Great Depression remains the most unusual item Golf Art has ever sold according to Rooney’s estimate, acquiring a set of clubs from the 1930s bearing the John D. Rockefeller name. Rooney believes they were owned by the Standard Oil mogul, and that a buyer ultimately bought them for over $ 1,100.

Golf Art continues to stock antique clubs, with hickory and other wood shafts as well as steel with a finish to mimic wood for aesthetic purposes.

Her favorite piece in the shop is now a Life Hogan cover from the 1950s, which Rooney framed with a separate autograph of Hogan in his collection.

The piece hangs on the wall at Golf Art, but many more clutter the store as the sale begins Tuesday, through March 16, with information online at www.golf-art.com or by calling 800- 283-3344.

Michaels and other arts and crafts stores need to get creative